on December 03, 2019
While one of his creations ended (and I'll probably mention it again at some stage in this list), Kieron Gillen was also busy this year with a new addition to my favorite ongoing comic series.

DIE from Image Comics follows a group of friends who had mysteriously disappeared in their teens while playing a Dungeons and Dragons like game. No one knows where they went, and they aren't saying. It turns out they were trapped inside the game. One of them did not return. 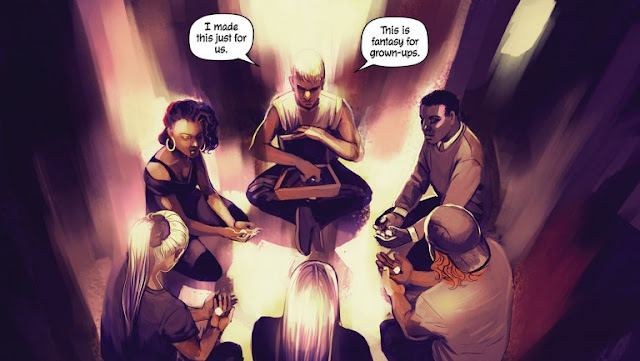 Joined by artist Stephanie Hans, this story finds the friends years later, suddenly pulled back into the world they escaped from. It takes that premise and crafts a character driven story about the love, life, and the responsibilities of adulthood, all framed through how these characters react to being 'heroes' in this fantasy world again. 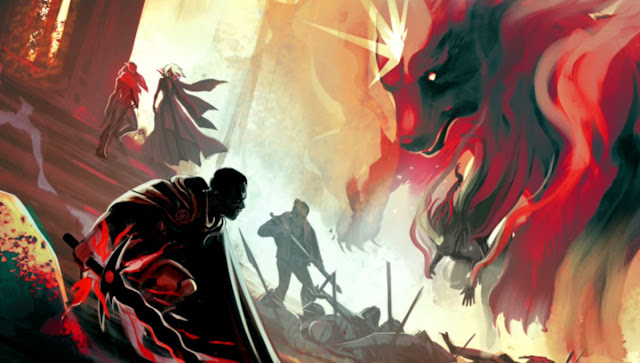 The first volume of Trade Paperback is now available so it's a great time to get on board if you have missed out on this one. 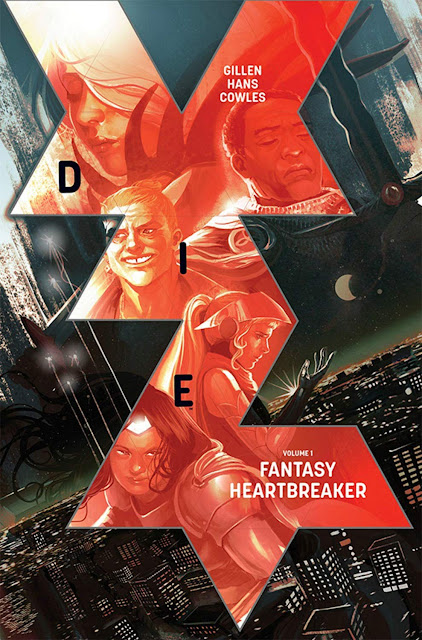