on December 04, 2019
This is a first for these annual lists of mine. The first time I've liked a game by From Software enough to include it here.

Don't get me wrong, I have always respected their game design. It just hasn't been for me. The Souls series, and Bloodborne, were interesting for the design learning they offered me as a game designer, but I never really enjoyed them as a player. I just don't like difficult games.

I liked it a lot in fact. 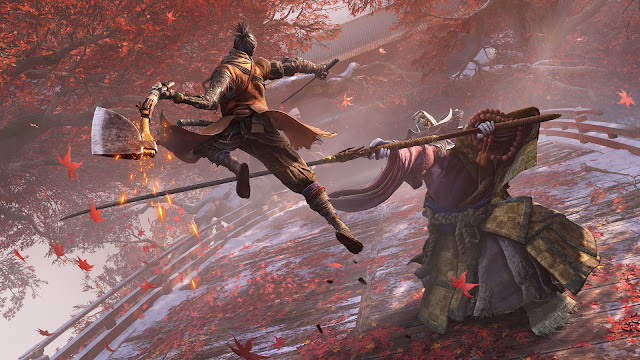 It's not that Sekiro isn't hard, it's certainly at the very, very, edge of my tolerance for challenge, but the overall package was much more approachable. This was a clear evolution of From Software's approach. In many ways it makes me respect them even more.

It retains the spirit and design philosophy of their other games while clearly making an effort to be more inclusive and accessible for a broader market.

Replacing the core RPG elements and plodding combat sections with Arkham style stealth was probably what turned things for me. This felt like a much more interesting game. 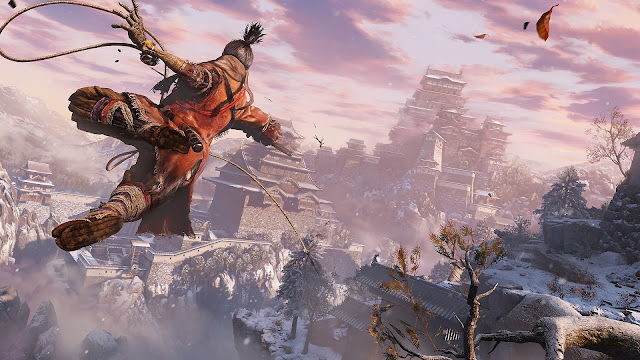 The traversal mechanics were intuitive and fluid, and definitely leaned into the ninja fantasy. Scaling rooftops and diving down to catch guards unawares was satisfying throughout.

It doesn't hurt that the level design was just strong as any of it predecessors, and played well with the new stealth approach. The added verticality due to the movement abilities was integrated brilliantly.

Sure, the boss fights are still brutally hard, as you have come to expect in the Souls series, but even there the implementation was a degree cleaner, the animations a degree clearer, and the reaction windows a deal more manageable. Those factors combined to create an experience that managed to pull even the likes of me into it. No other game in this broad genre had ever managed that.

Maybe I also preferred the eastern themed setting. It was certainly prettier.

So here we are, I genuinely enjoyed a Souls game.

There are indeed first times for everything.