on December 05, 2019
Today's addition to my favorite things of 2019 is the Steel Crow Saga by Paul Kreuger. 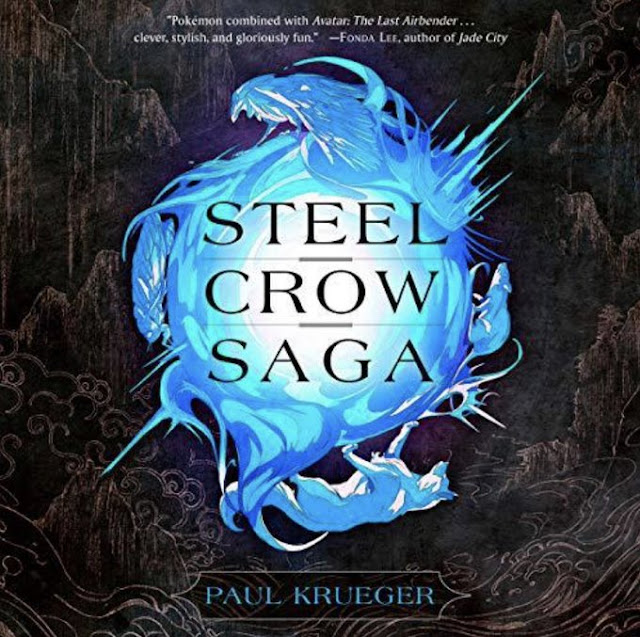 I really enjoyed this one after going in relatively blind on the recommendation of a friend.

The story follows four primary characters as their fates become intertwined in the aftermath of a war between their various nations. The world is both familiar (with inspirations taken from East Asian countries), but also fantastical. One nation has the ability to manipulate metal at will, while others summon magical beasts to fight for them. It feels like an early to mid twentieth century setting, without trying to be specific.

It wasn’t just the Fantasy East Asian setting that evoked a favorable comparison to The Last Airbender / Korra for me, it was the interesting characters. Even if they initially seemed to fit firmly within some of the standard 'impacted by war' tropes, the way their back stories were revealed piece by piece was a great lesson in how to use information the characters have but the reader does not.

Each reveal was perfectly timed, and it all made sense

The paths of the characters cross back and forth, and unlikely alliances are formed as you come to care for each of them in their own way.

I hope we get more stories from this world.
Best of 2019 books