on December 06, 2019
Today's addition to this list of my favorite things of the year was actually one I was kind of dreading.

Some part of me, and I know this isn't exactly fair on the creators involved, fears adaptations of my favorite things in other mediums. Now modern TV and film has often proved me very wrong already, and even some other shows this year have done the same, but there was one that I was still anxious about. 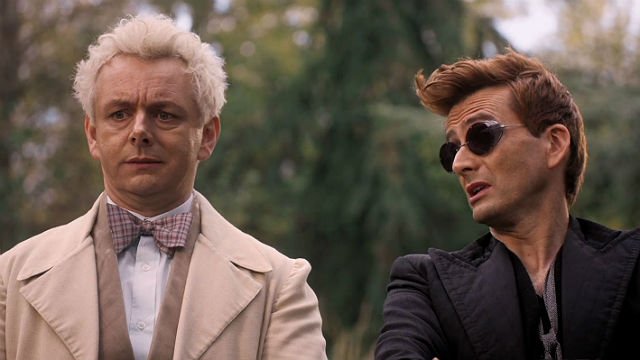 Good Omens by Terry Pratchett and Neil Gaiman is by far, and I mean really far, like as far as the eye can see and then all the imaginary land beyond that far, and away my favorite book of all time.

I have owned so many copies of it I have lost count. Primarily because I always kept copies on hand to lend to people who wanted to read it because I wanted to provide them with the quickest route possible to opening it up and reading it. I never cared if they returned it, I just bought a new one (or two). I considered it a service.

So when they announced that there would be a TV adaptation, even the news that Gaiman himself was going to helm it didn't quite assuage my fears.

It was a great book, a funny book. Much of the greatness and humor was in the narration. How was that going to translate to TV?*

I needn't have worried. 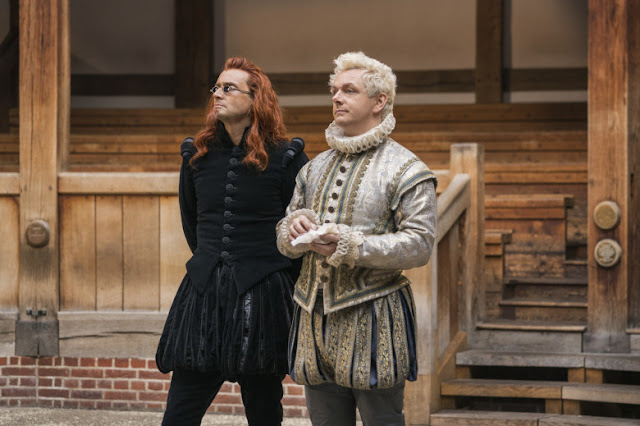 It was its own thing, a unique creation, but it was equally brilliant.

It was brilliantly cast, superbly played, perfectly paced, and absolutely in the spirit of the original.

As with all the best adaptations it embraced its format and did things that worked in TV that would probably not have worked on the page. It allowed for two terrific actors in Michael Sheen and David Tennant to make the characters their own. I had thought it a technical impossibility that I would like these characters even more after this, but they made it easy. In fact I have trouble recalling what my head cannon was for either the devil Crowley or the angel Aziraphale. I definitely had, for decades, an image of them in my mind. They just seem to have gone on vacation now, happy to let this new duo play the roles for a while.**

I was so very, very happy with this adaptation.

As if I didn't like Mr Gaiman enough. Between this an American Gods he has become a hard man to doubt.


* It turns out the answer to that question is simply to get Frances McDormand to narrate as the voice of god, because of course it was. Silly me. That was kind of obvious in hindsight.

** Don't worry I'm sure my head cannon will be recast again at some stage after another subsequent re-read of the book. It's a bit like Bond, it can survive being re-cast.