The last part of the Lumineth Realm Lords army box was completed. I'm happy with the color scheme choice for this army. Now I just have to wait for the rest of the units and character models to actually be released. 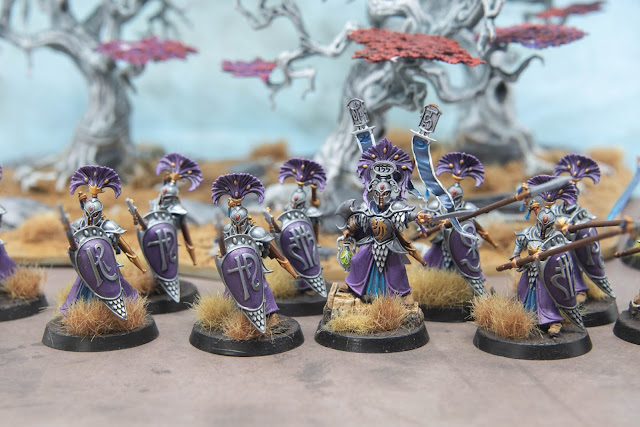 The purple and silver is going to make for a striking view on the tabletop.

Now on to waiting for the rest of the kits to be released. At least that will give me some time to catch up on some of the Nurgle conversions I need to do based on the last set of Ad Mech releases.