My Five Favorite Game Experiences of 2020

Any form of escape seems worthy of note when looking back upon a year like this.

So, as with previous years I like to record the things I enjoyed the most this year. Not necessarily the 'best' of the year (however you may care to define that for yourself), but rather the game experiences that gave me joy.

These are the ones I enjoyed.

Partly as a player, and sometimes because an element or two tickled my designer brain in pleasant ways.

As always, I don't include any of the titles that we create at Blizzard, because that would be cheating now wouldn't it.

Playing Star Wars: Squadrons in VR. Nostalgia for arcade beat-em-ups with Streets of Rage 4. The charm of Spiritfarer. Platforming shenanigans with Ori and the Will of the Wisps. The hundred hour tutorial that is Crusader Kings III.

Throw in that lot, and I guess this is in fact a loose top ten.

Now for the actual five favorites.

The Final Fantasy 7 remake was more than I expected it to be. I wasn't entirely sure what to expect from it. I was one of those for whom the original holds a very special place in our gaming history. Taking such a bold approach, eschewing a simple remaster in favor of a re-imagining, was a bold move by Square, but it was worth it. 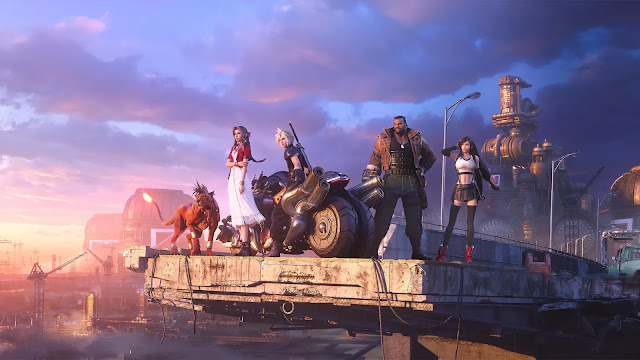 I loved the experience the remake offered from start to finish. I actually liked the combat system, which I know probably put me in a minority. I feel like it played smoothly and found a nice balance between keeping some spiritual elements from its turn based roots while playing like a modern action RPG. 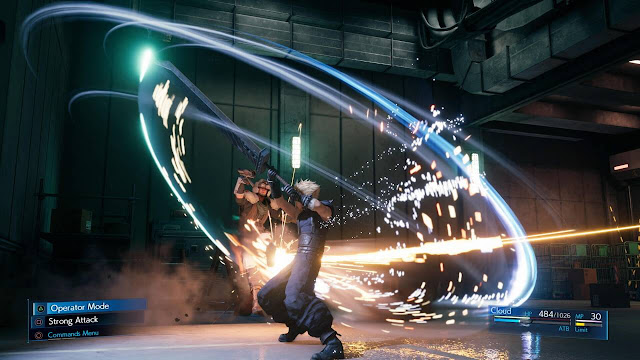 I have a real love-hate relationship with big open world games. I often feel they adhere too tightly to a certain formula that is too mechanical for my personal tastes. That said, the genre still produces some of my favorite games (Horizon Zero Dawn would be a recent example)

Honestly, Ghosts of Tsushima might have fallen into the same mechanical trap for me if it wasn't for a visual gimmick. That gimmick being the mode that allowed you to play the game in a screen filter that made it look like an old Kurosawa film. As a film geek, the fantasy of playing inside a Kurosawa film was simply too strong. 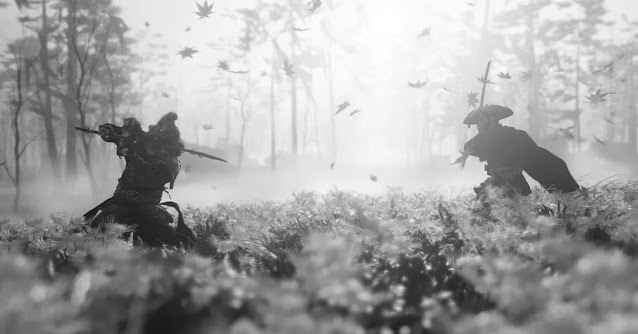 It meant that the game drew me in and kept me there. It helps that the gameplay was solid, and the central story didn't drag too long, but it was the central fantasy of the presentation that marked this one in my mind.

Desperadoes 3 was a sequel I didn't see coming, but am mighty glad happened. The Tactical stealth RTS genre, ala the old Commandos games, has been dormant for a while if not for the efforts of the folks at Mimimi Games. This latest effort clearly demonstrates the passion they have for the genre. 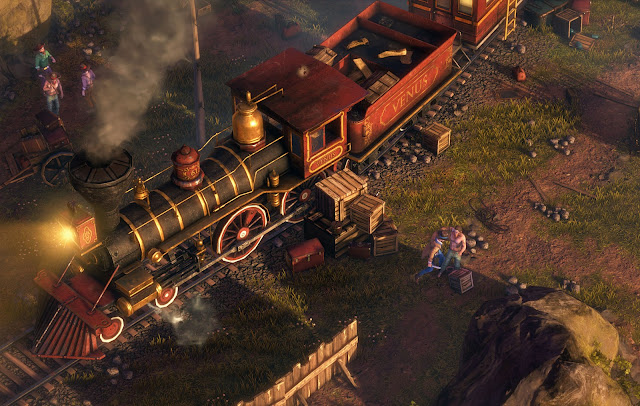 The modern changes to the format are welcome too.

The pacing felt great, as did the mission layouts, and the diverse array of abilities meant each mission could genuinely be handled in quite a few different ways. The post mission recap screens were a particular stand out.

I could have slung Among Us into this spot, but for me the winner here is Fall Guys. 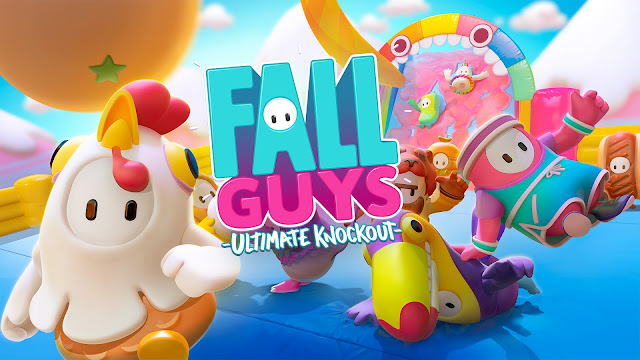 That's quite the achievement.

Well, actually that moniker might apply to a few games this year, but for me this one was another example of Early Access done right, and one that is rightfully hoovering up Game of the Year awards left and right.

Hades by Supergiant is an amazing rogue-like that manages to weave in memorable characters and maintains all of the studios trademark style. It's a great design lesson in how you can still weave story and narrative into that repetitive play format and have it work. 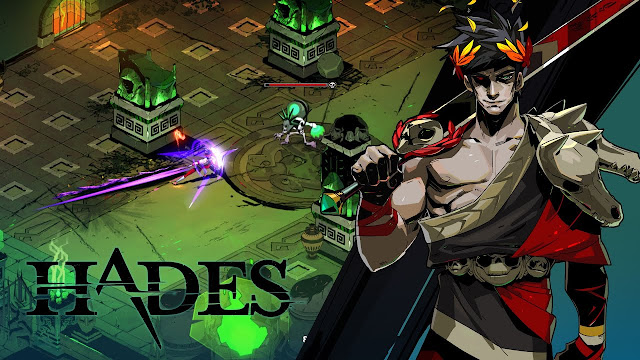 Enough has been said about this one by now, and its all well deserved. A great game.

I know, I know. The industry at large has a lot to dissect when it comes to Cyberpunk 2077.Not going to throw any more gas on that fire, since it seems to still be burning way of its own accord.

That said, I also think it was my favorite game experience this year. Honestly. Not just being contrarian for the sake of it. I genuinely loved almost every moment of playing the game.

I played on PC, so avoided the issues that plagued the console launches. It is totally valid to disappointed in the publishers for the debacle that was their launch. I was just lucky in that regard in that I didn't experience any issues, so my opinion here is simply on what I played. What I played was excellent. 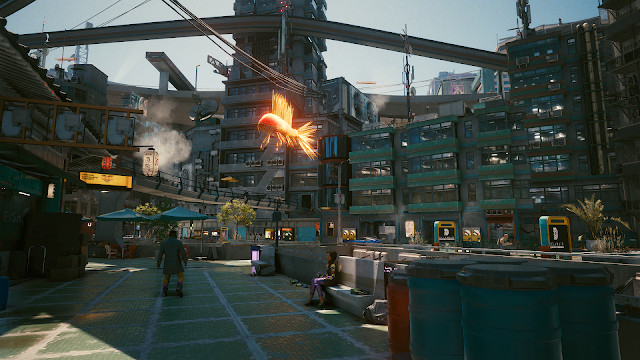 Admittedly, I am a sucker for anything in the vaguely cyberpunk genre, but the actual game here does a fantastic job of selling the fantasy of Night City. Quite apart from the fact the city itself is a technical marvel, the characters that reside there are brilliant creations that are well realized through some great writing and performances.

This isn't a clean world of black and white, right and wrong, yet many of the characters reflect genuinely different senses of morality. Often in far more nuanced ways than I was expecting. I'm going to remember these characters for quite some time.

The pacing was also just about perfect for me. The developers were able to weave quiet character driven moments into proceedings without it feeling heavy handed. Yes, while ultimately the 'sex' scenes are indeed very cringe inducing, as I'm not sure games have found a good way to tackle physical intimacy just yet, the relationships themselves are well written, and don't feel overly rushed. 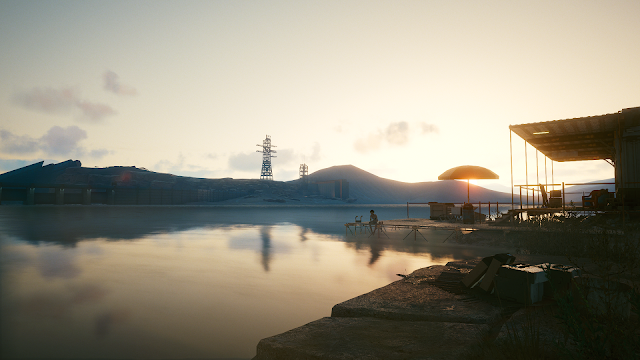 For a game that has the usual gun play and violence at the center its core mechanics, the game worked for me because it had introspection and character at the heart of its story. What would a world like that do to you? For me, they nailed the asking interesting questions about humanity that the genre is built upon.

The debacles around its launch are a shame for the developers involved, because the game experience they have built is memorable.

I genuinely enjoyed my time in Night City.