On a New Adventure

Time for a change...

After almost eight years at Blizzard working on World of Warcraft, I've moved on to a new role as a Creative Director for EA DICE working on the Battlefield Franchise. 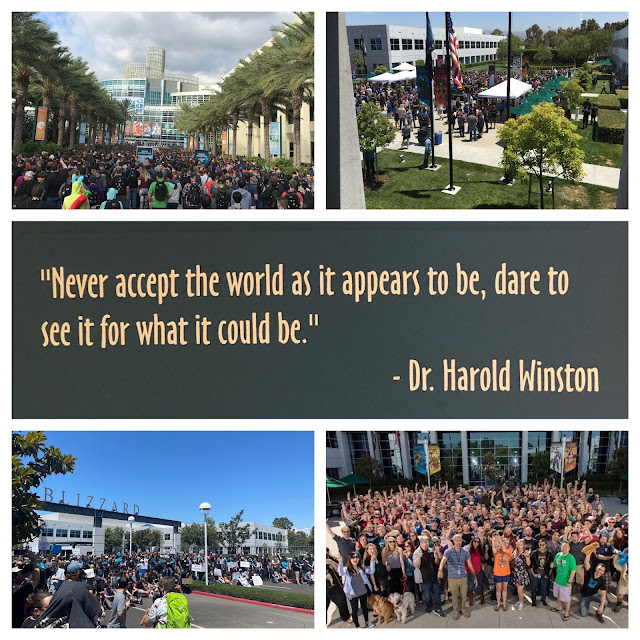 The move has actually been in the works for a little while. Such moves are not  rushed into, as it was a pretty big decision for my wife and I. It also meant that I ended up having my final week at Blizzard in the middle of a very challenging time for the studio. I had not expected my last week to include turning out to support my colleagues in a walk out.

However, what I'll take away from my time at Blizzard is the awesome folk I got to work with, the amazing community around the games, and all the progress we did make. What's more, I also have faith the current generation of folk have the talent and passion to keep improving the studio culture.

For me though, after four expansions for World of Warcraft  spanning almost a decade, it was time to seek out some new adventures and a new challenge.

I'm honored and excited in equal measure to get to be joining the folks at EA DICE, and to get to work on another of my favorite franchises in gaming.

Looking forward to the next decade of my game dev adventures.